PyCon is in Portland, Oregon this year, which is not only more accessible to me than eastern Canada (the previous location), but also the area where most of my extended family lives. Those facts combined to make it a great time to attend for the first time. 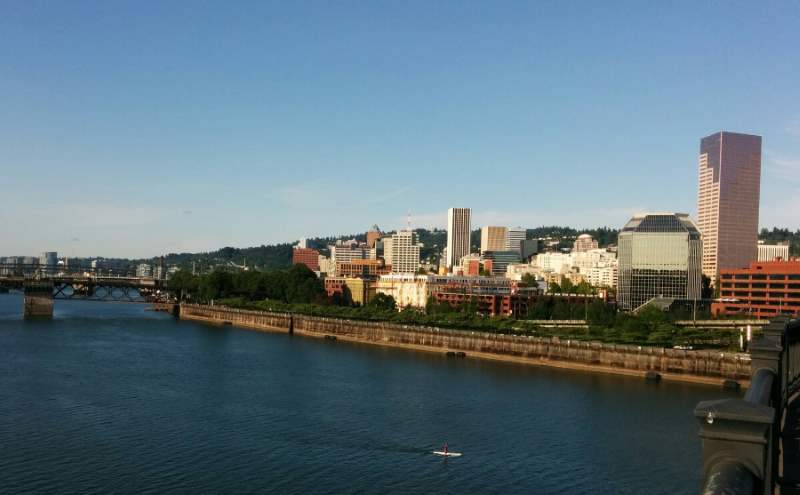 In a way, I feel like I've been to PyCon already. At work, we've been watching videos from previous years in a weekly "lunch and learn", so I recognize some people from their talks. Oh, that's Brandon Rhodes opening the conference. Hey, there's Raymond Hettinger sitting a few rows up in the audience.

It raises the question of why even go to PyCon if all the talks are online? I'm getting a sense for that still, but a few reasons are:

There's also the fact that all those video talks wouldn't be available if nobody came to the conference in the first place.

Dr. Barba talked about programming education as part of a general literacy for the modern world, likening the current cs4all (computer science for all) initiative to a previous cp4e (computer programming for everyone) initiative from 1999 headed up by none other than Python creator Guido van Rossum.

She also talked about the work of Seymour Paper (did you know the original turtle graphics was a robot that drew on paper because that was easier than doing computer graphics?) Fernando Flores and Terry Winograd, showing that a GitHub pull request is the realization of ideas they had had decades ago. In a world where so much information is instantly available, what is important to know is perhaps their language action models of making and fulfilling committments.

Kelsey is the sole developer of Callisto, a system for reporting college sexual assault. Given the sensitive nature of the site, the security needed to be top-notch, despite her not being any kind of security expert.

She talked about some of her strategies, which include building on the solid work of others (time-tested frameworks and security libraries, expert pen-testers) while making decisions based on her deep understanding of her application. As an example of the latter, she decided that reports of incidents would be encrypted, and only the reporter would have the key. That way, even a court order wouldn't reveal anything a victim didn't want to disclose.

Refactoring Python: Why and how to restructure your code - Brett Slarkin

Brett is the author of Effective Python, a book I've had on my To Read list after hearing an interview with him on a Podcast.

Step one is writing code -- just getting it to work. Step 2 is refactoring until the code is obvious to a new reader. Great programmers spend about equal time on each parts. We tend to think that we don't have time to do more after the code works, but refactoring is really a good investment -- meaning that it pays for itself and more.

He referenced Martin Fowler's canonical book, but said that it unfortunately is too Java-centric. Some general principles still apply, though.

In addition to the need for thorough and fast tests, I like that Brett said, "Don't be afraid to make mistakes." Sometimes we let fear of breaking something prevent us from making the code great.

He then covered some specific refactoring techniques, including ways of making changes without having to break all the existing callers. 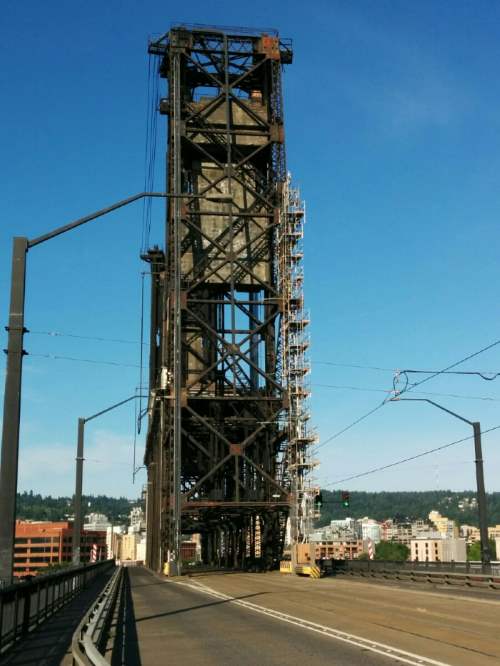 This talk was about making life easier on future maintainers of code. I thought they had some good points, like keeping things small to take advantage of working memory (human memory, that is), consistent levels of abstraction, using intermediate abstractions, and not overusing classes (like Jack Diederich's "Stop Writing Classes" talk).

I disagreed with their advice that code should be sorted such that functions are all defined before they are used. I've always preferred sorting by level of abstraction so that reading from top to bottom gives you the big picture first, followed by the details. You don't put your module docstring at the end of the file as the big reveal of what the module is about, right? It seems like the code should follow the same princple.

Awaken your home: Python and the Internet of Things - Paulus Schoutsen

This talk was mainly about a project called home-assistant, which serves as a hub for a multitude of incompatible home automation devices. The architecture was kind of interesting, and I'd like to look into a few things mentioned (like "entity tracking") when I've got some time.

The cobbler's children have no shoes, or building better tools for ourselves - Alex Gaynor

Alex is a director of the Python Software Foundation, and works for the U.S. Government. He talked in general about writing simple tools that can make developers' lives easier, then gave some specific examples of ideas for this. One such example is having a script fetch HTTPS certificates to check their expiration and automatically log an issue when they're approaching time to be renewed.

This talk brought to mind the idea from The Phoenix Project that improving daily work is more important than doing daily work.

New to me in terms of tech conferences is that the talks are being professionally captioned in real-time. That is, there is a stenographer typing what the speaker is saying, projected on an alternate screen. That way deaf people and those for whom English is a challenge can follow along more easily. In this room the stenographer was typing even the pre-talk moderator telling folks that they're horrible people if they don't slide in to the centers of chair rows to make room for others coming in. When he noticed this, he said, "Hey, they're typing everything I say!"

HEY, THEY'RE TYPING EVERYTHING I SAY.

That got some laughs. 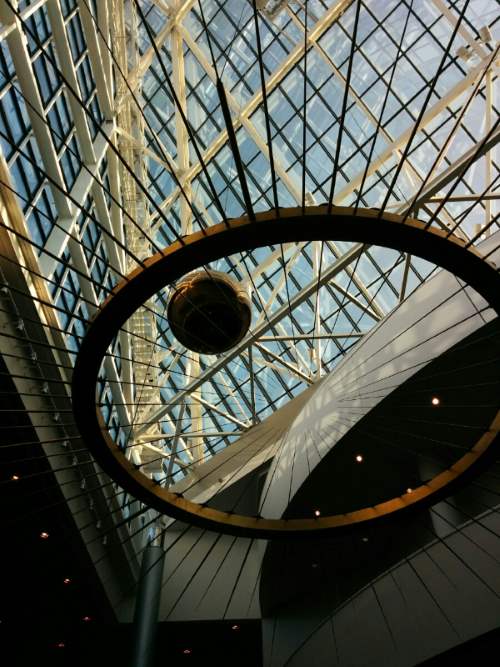 Dorian works for a company that provides support for loyalty programs, and he says they use lots of Flask REST micro-services that each get their own Docker container. Several of the lessons learned were things I had learned myself Dockerizing my chorebot project, though I still consider myself a Docker noob. I appreciate that he pointed out "docker-compose logs \$SERVICE". I've kind of wondered about the right way to check on application health.

To mock, or not to mock, that is the question - Ana Balica

I was very interested in this talk since I often worry about the right level of mocking in tests. It seems like an essential tool for true unit testing, but there are certainly times that it can actually subvert your testing efforts and test maintainability.

Ana showed examples of using mocks in tests from open source projects, and explained why they were "good" mocks. They mocked system state, streams, networking, time, and unpredictable things. When covering "bad" mocks, the issues were more focused on accidents using the mock library (of which I've done them all, I think). I kind of wish there had been more detail about ways in which mistake-free mocking can still be bad.

One interesting piece of advice was to only mock types you own. This was from the book Growing Object-Oriented Software, Guided by Tests. That seems counter-intuitive to me. Don't you want to mock third-party stuff? I guess the issue is the danger of pulling implementation details of that third-party dependency into your tests, and that there ought to be an abstraction in your own code that you mock instead. I need to dig into that more.

This talk was about strategies for reading code generally, using Kenneth Reitz's requests library as the specific example. In summary, get the code into an editor/IDE for quick navigation, get it running so you can use a debugger, and start small. Maybe just figure out how one particular unit test works, then keep asking questions and digging deeper to find the answers.

The final event of the day was the lightning talks. People sign up at the conference to give these brief talks about nearly anything, but with some sort of selection process. Some talks were funny. I especially liked Travis Morton's "compromise" library. Can't decide whether to start indexing at 0 or 1? How about a list where the first element is the perfect compromise, at .5? Or there's the semi-immutable collection. The first time you try to change it, you get an exception. But if you really insist (by trying again), then OK, it works.

Some talks were serious, like Russell Keith-Magee who talked about battling depression, and the stigma associated with it that prevents people from seeking treatment.

I can understand why some people rank the lightning talks as their favorite part of the conference.