Wednesday was the final day of the main PyCon 2016 conference in Portland, Oregon. 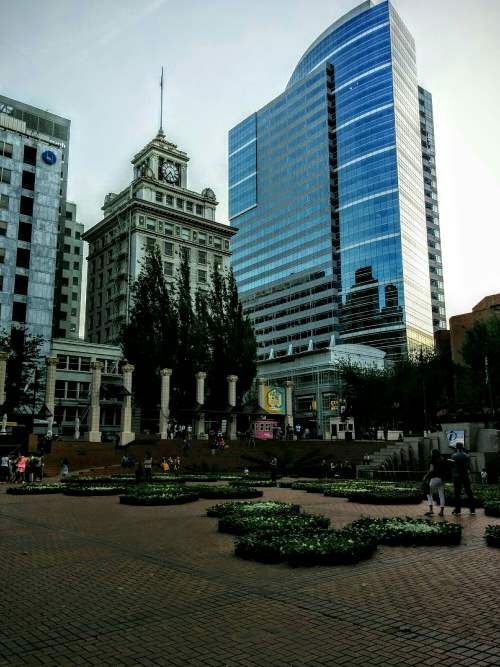 One of the interesting talks was about Web accessibility. It isn't always top-of-mind for me since I do little Web front end currently, but the speaker mentioned the Accessibility Developer Tools for Google Chrome, which seem pretty cool in helping you develop a site complying with the WCAG standards.

There were also still more Turtle Graphics (having come up a few times at the conference) for education. I only mention this because the presenter also talked about How to Think Like a Computer Scientist, which I've wanted to look at more in depth at some point.

Van Lindberg is the chair of the PSF. After mentioning some awards given to members of the Python community, he encouraged everyone to read a post by Donald Stufft about how PyPI stays up. Spolier: it is not magic. There's also a place to donate: https://donate.pypi.io.

The bulk of Van's talk was about the recent court decision between Google and Oracle about using Java in Android. Google wins. Yay? Hard to say. If Google had lost, Van argued, Android would have experienced an extinction event. But winning possibly doesn't set any useful precedent, and potentially clouds legal protections of open software.

Cris is lead developer for the University of Washington department of Radiology Web Services team. He came to talk about Plone. He gave some history about the Z Object Publishing Environment (ZOPE), and the Plone CMS built on it. Apparently Plone was pretty cool a while back, and helped promote Python as a web language. The talk was kind of a deep dive into design patterns being used to untangle what has apparently become quite a mess. Maybe Plone is becoming something more bearable now? I'm not sure.

Next up was the poster session and job fair. There were a variety of small-scale presentations about esoteric scientific topics, libraries, initiatives, and other topics. I didn't get a ton of value from those, but they were generally packed, so apparently lots of people did. One think I want to look at more: PyKMIP.

This was a well-done talk about writing. I'm definitely a person who thinks by writing, which is one of the main reasons that I do this blog. Occasionally I might have something worth sharing, or at least remembering as well.

Jesse covered the typical forms of posts on a blog (though he prefers "essay" or "article" rather than "post"), and shared a good example of each. He said not to feel like you have to write all the time -- just when you have something to say. He also recommended having an editor -- even if that's a friend who will read and give feedback on drafts. My wife, who has a journalism degree, is usually my editor, but less so for the technical things I post here. It would be good to involve her more because I know things are better with her help.

A great project for developing skills in programming is to build a bot that posts to Twitter or some chat system. Liz gave a list of fun and interesting bots that people have written for Twitter ranging from one that corrects people's grammar, to ones that merge posts by people describing the effects of psychedelic drugs with posts by job recruiters.

She also talked about how to get started using the Twitter API, that bots are more interesting when they have data to work with, and using the Natural Language Toolkit.

There was a little mention of Markov chains, which is one of those things that I hear about occasionally, look up to remember what it is, then forget again. But for whatever reason, it kind of clicked for me that this must be how the SwiftKey keyboard works, so maybe it will stick in my head now. And being a Python conference, it also reminded me of this (or audio version).

This was a talk about the Kivy app framework and the KivEnt graphics engine that goes with it, by the author of the latter. I've looked at Kivy for a little side project I started... (need to get back to that sometime). The talk also addressed deploying Python applications, and there is a project for that called "buildozer". Currently, however, it targets mobile platforms, and Jacob uses PyInstaller for desktop (though the other usual suspects, like cx_Freeze, were mentioned). Desktop platforms are on the roadmap, however. 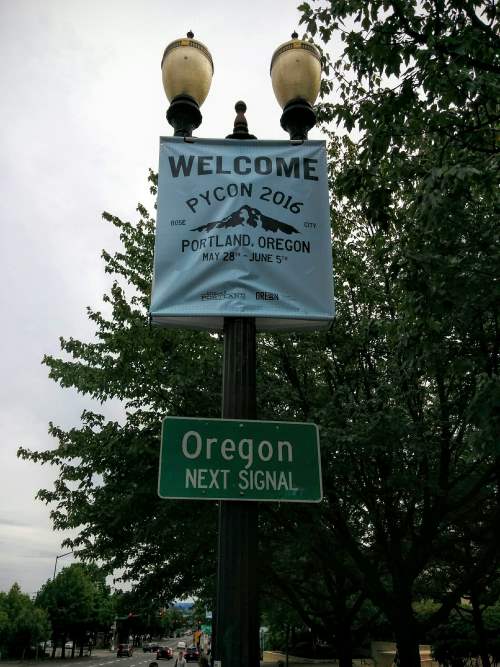 Lars, from Mozilla, gave a fascinating talk weaving live music performance (Vivaldi), motorcycle video, and talk of programming, math, topography, Native American culture, and most of all, complexity and how it is measured.

I'd just recommend watching it on YouTube since I can't really do it justice here.