I recently started using Notable for my software development notes. It is an Electron app that lets you write your notes as Markdown. It is a little light on features currently, but that can be a good thing. 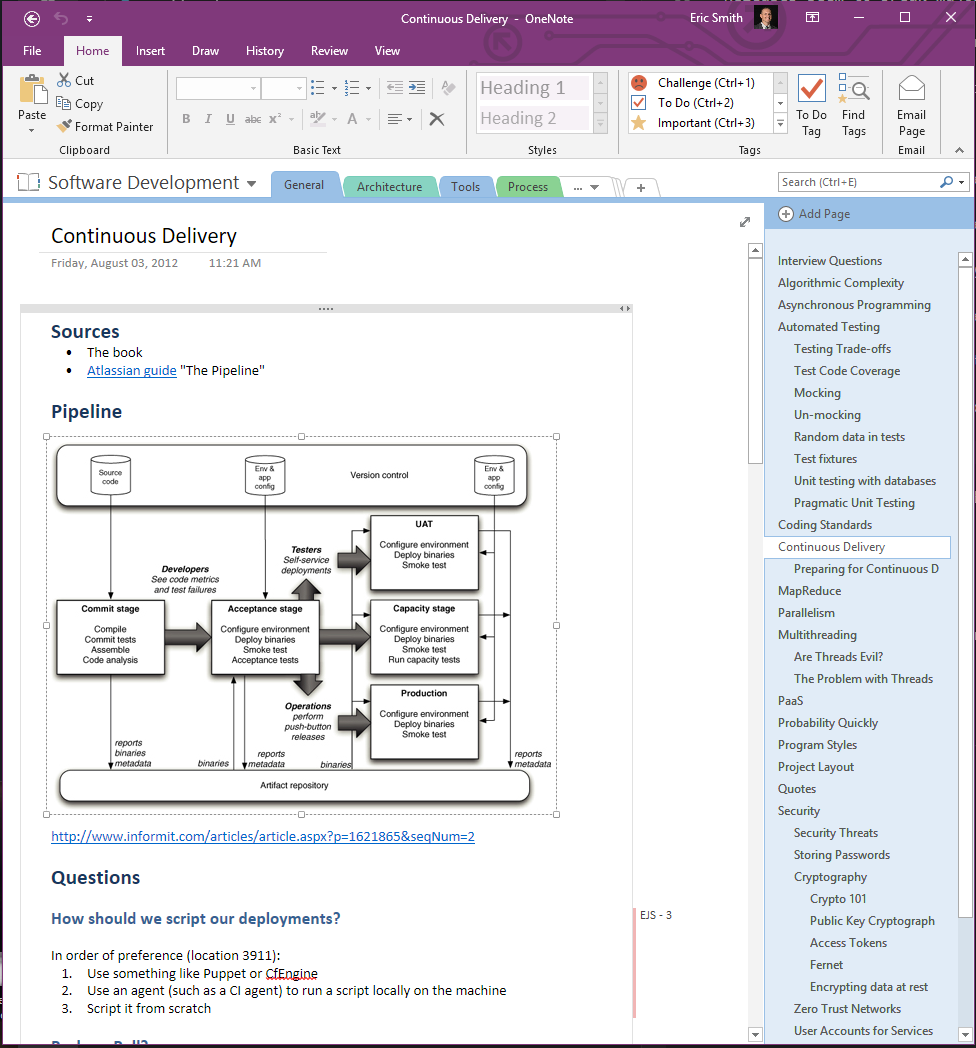 I've used Microsoft OneNote for a long time. There are a lot of things I like about it, though I've sometimes wished for more programmer-centric features, like code syntax highlighting and structure that is more semantic rather than just formatting.

Finally, if you want to use OneNote on Linux, you'll need to use the web version, and search is fairly worthless there because it isn't currently possible to search an entire notebook.

With these issues, it seemed like a good time to survey the current note taking landscape. 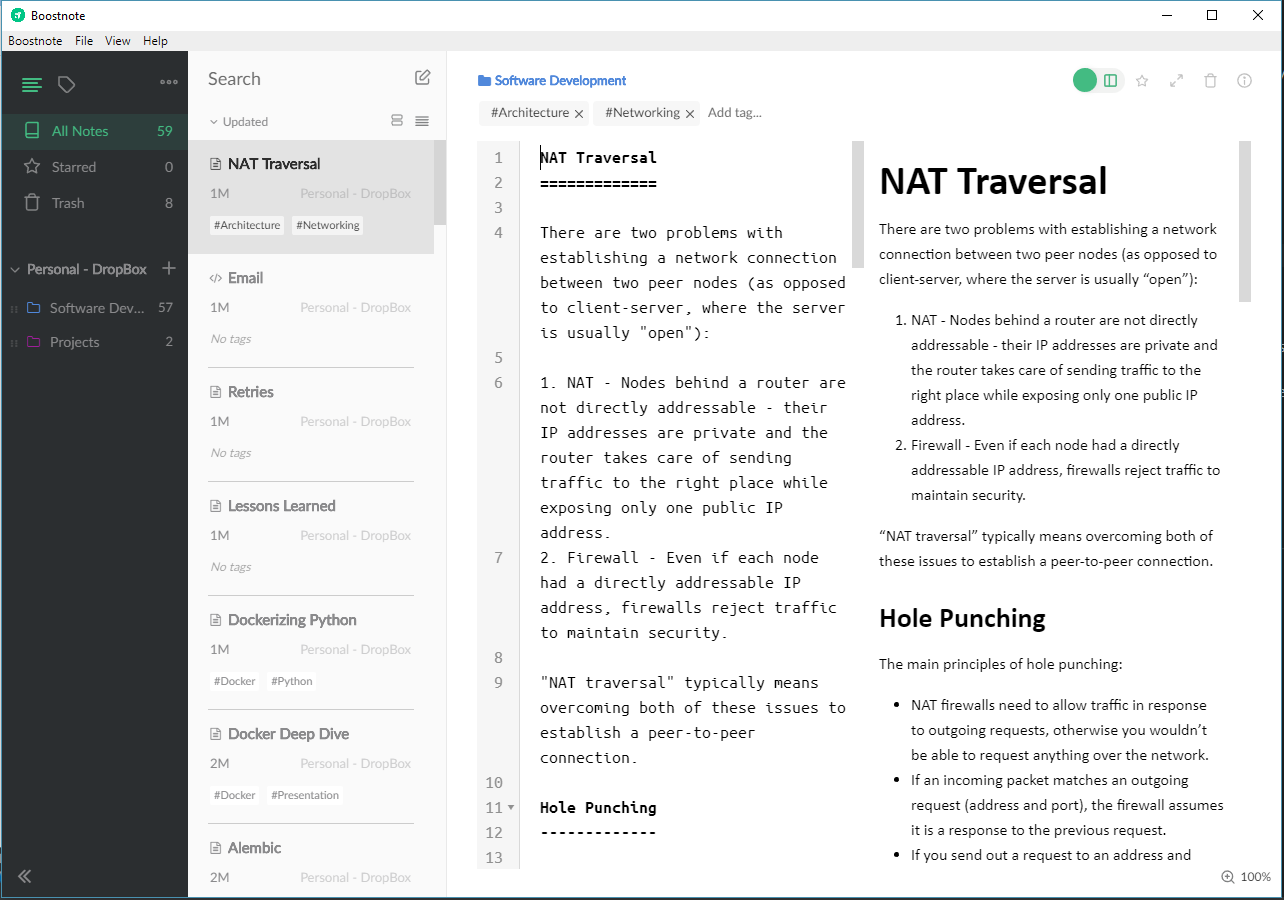 I first came across Boostnote. It is pretty cool and has a wide variety of features like:

There are tons of people contributing to the project, which although could be good, gives me more a sense of chaos after using the application for a while. Releases seem to break major functionality as often as not. For example, recently the auto-updater broke, and the display of images within notes stopped working. Those seem like things that you'd hopefully notice before pushing an update.

Also, while there used to be an Android app, I believe its development was halted in order to do a more maintainable version at some point. Since the notes aren't stored natively as Markdown, you also can't as easily use some kind of Android-based text editor.

With so many people interested in Boostnote, things could quickly change for the better, but I decided to look some more, and found Notable. 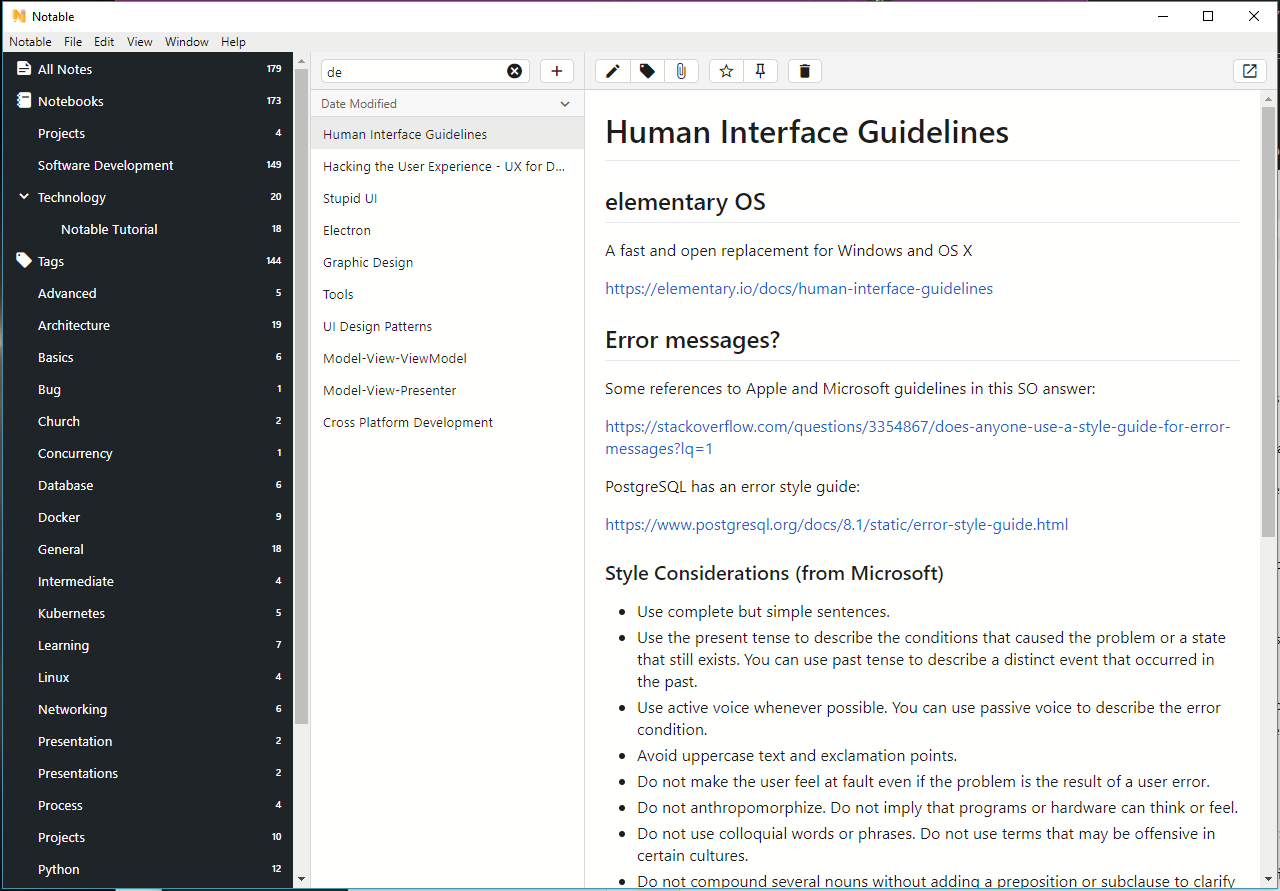 Although Boostnote and Notable are similar, Notable is a bit simpler. The UI feels a little more natural to me, and notes are stored on disk as Markdown. Although there are features that I'd love to see, it seems to have a steadier foundation, and a little firmer direction as the result of having a primary maintainer.

There is a chart comparing Notable to many other note taking apps. It can't help but be a little biased, but it can give a sense of what is considered important.

So far it is working out well, and the nice thing about open formats like Markdown is that it is pretty easy to convert to something else if needed.

Speaking of which, I've got a couple of projects on GitHub:

Neither are extensively tested at this point, but they got the job done for me.