Review of "Waxing On: The Karate Kid and Me" 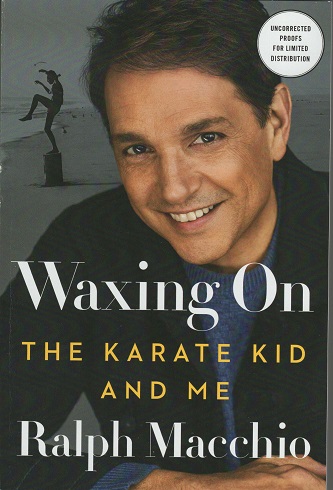 Hollywood memoirs aren't things I normally read. I like movies, but usually I prefer the characters to the actors, so I'm fine being ignorant. Waxing On: The Karate Kid and Me by Ralph Macchio ended up in my hands after helping a neighbor with a computer problem. The problem was pretty trivial, but my neighbor was freaking out because of a looming deadline. After the problem was fixed, he was telling me this crazy story about going to a movie with an associate and Brandon Sanderson. My neighbor, having never heard of Mr. Sanderson, didn't know that he's kind of a big deal. I mentioned meeting Brandon at Comic Con in 2015, and a couple of other people, including Ralph Macchio, who signed a photo for my son who had just earned his black belt in karate.

My neighbor said, "Oh, speaking of Ralph Macchio... here." He had a couple of pre-release copies of "Waxing On" among the piles of books and papers in his home office. This neighbor works for the Jimmy Kimmel show and had been sent the books to help prepare for Mr. Macchio's interview on the show promoting the book. So my neighbor gave me a copy as a thanks.

I saw The Karate Kid in 1984 right before starting my senior year in high school, and it left a big enough impression that I wrote about seeing it in my journal, um, multiple times. I may have even teared up a bit for the chore payoff scene. So sure, I wanted to read Ralph's book.

In the first chapters of the book he tells how the movie came about, how he landed the part of Daniel LaRusso, and how the other main actors were cast. Some fun facts:

On that last point, Ralph (and others) expressed initial dismay that they were considering the goofy Arnold actor for a serious dramatic role. But opinions quickly changed and Morita was later nominated for an Oscar for his portrayal of Mr. Miyagi.

Maybe the biggest challenge of playing such an iconic character is the inability for people to see you as anyone other than the karate kid. Ralph talks about his fear of being pigeon-holed to that role, and the struggle to find new opportunities after completing his contract for three Karate Kid movies. Trying to distance himself from the character even led to one of his biggest regrets: He turned down an offer to host the Academy Awards with Pat Morita, missing out on probably a once-in-a-lifetime opportunity.

The book deals with mistakes and struggles, but has an overall positive feeling, especially in light of the recent success of Netflix's Cobra Kai, wherein Ralph gets to reprise his role as an older Daniel LaRusso with kids of his own. Without that, this book would be unlikely to exist. Even though I've watched Cobra Kai (still a few episodes left to see in season 5), there are a bunch of things Ralph pointed out in the book that I had missed. One of the most significant was that the LaRusso relative and no-nonsense child psychology grad student who evaluates Daniel and Amanda's parenting skills was played by Ralph Macchio's own daughter, Julia. Oh the irony!

One of the most poignant stories in the book for me was when a mother and teen-aged son approached Ralph at the airport one time. Their family had often watched the movies together and adapted lines into their conversations ("Always look eye Brian-san"). But the father of the family had passed away, and the son was struggling. Ralph took the time to talk to this at first reticent teen-aged boy and made a real and meaningful connection with him.

Overall, I'm happy that I know how to toggle headers and footers in Microsoft Word so that I was able to enjoy this book. 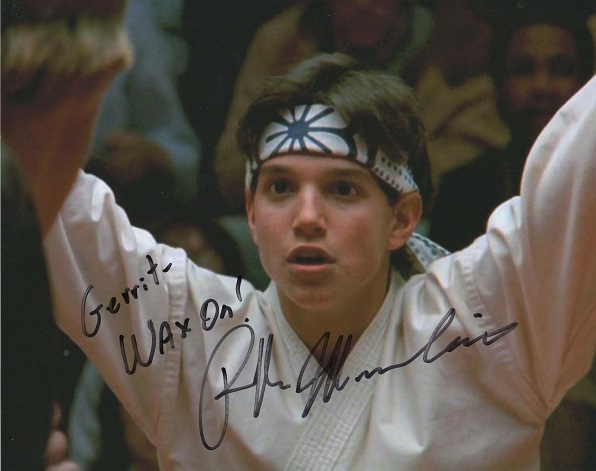