It's another day of industry stand-outs at QCon. 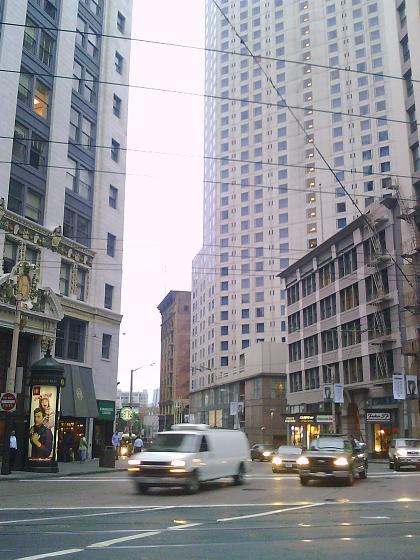 The day started with a keynote from Tim Bray, of XML fame. Tim spoke about the application stack from this perspective:

He mainly focused on the O/R mapping layer and the SQL engine, where technology, to quote Tim, "sucks". O/R mapping is really hard, and it's too bad that object databases never really got commercial success (Martin Fowler in the front row nods in agreement). SQL engines are too slow, driving people to distributed hash tables like memcached instead, or even skipping the database engine entirely to go to the file system. SQL engines are also complex and laden with features that never get used. This is inspiring projects like Drizzle, a database forked from MySQL in an attempt to slim things down.

Tim also had good things to say about CouchDB, a document-oriented database that is accessible only via HTTP. I don't know anything about this project, but Tim's exact words were, "I'm infatuated with this" and "frighteningly elegant".

Another topic was comparing the relative speeds of the storage stack, from CPU registers down to hard drives. The interesting technology coming into this area is solid state drives. His benchmarks show that write speeds are about that of a middling hard drive, but read speeds are really, really good.

Given that most web applications are I/O limited, it can really pay off to keep your eyes on up and coming technologies like alternate data strategies and solid state drives.

I went over to the REST track for a little bit, chaired by Jim Webber, a noted expert on man boobs. The speaker for this session, though, was Mark Nottingham, the chair of the HTTPbis working group. They are essentially rewriting the HTTP 1.1 spec, but not trying to add any new features. Why bother? Mark explained that the existing spec is ambiguous, not well organized, not very approachable, and occasionally requires consultation with one of the authors to understand. As a result, everybody pretty much gets the main parts right, but there are a bunch of other things that are not very interoperable between implementations. HTTPbis, targeted for completion in about six months, will hopefully clarify the spec enough to eliminate incompatibilities.

Mark also spoke briefly about what might be expected for the future of HTTP, like a standard set of conformance tests, better authentication, transport over SCTP instead of TCP, and others. 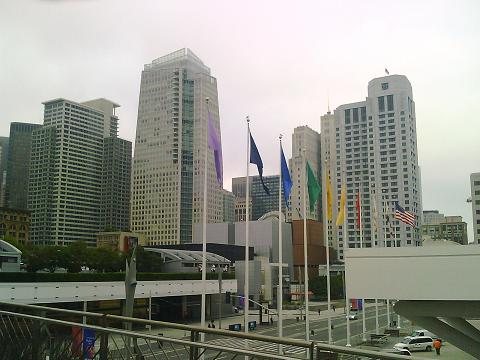 I had just read Jeremy's Cohesion and Coupling article in MSDN last week, so it was nice to put a name to the face. Jeremy gave a retrospective of StructureMap, an IoC container he has been writing and maintaining over the past five years. He talked about the changes that have happened over the life of the project, both in the .NET community and the .NET platform itself, and how things he had done with StructureMap made adapting to those changes easy or hard.

These are some of the lessons he learned.

I also appreciated a comment he made when answering a question: don't use an IoC container when writing tests. I've seen people do that in the past: they have a constructor injected set of dependencies and try to reconfigure the container to inject mocks. Just pass the mocks in the constructor! 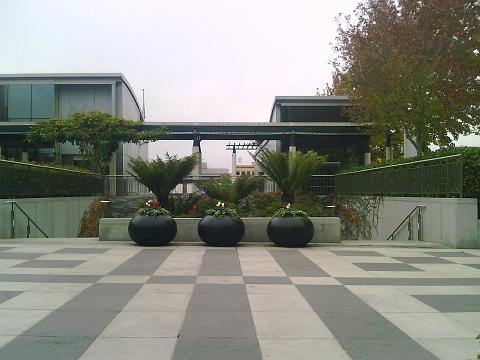 While I have heard a bit about F#, I've not really spent much time trying to understand it. What better opportunity could you have than to get the designer to provide an introduction? Of course learning a language is best done by writing code, not hearing a presentation. Still it was interesting to get a high-level overview and to see a few examples. One of Don's favorite things was to show the difference in lines of code between functionally equivalent bits of C# and F#. An asynchronous I/O example had three pages of C# code to a dozen lines of F#.

Don said that F# is well-suited to problems dealing with data transformation, but not so great for building user interfaces (even though all the .NET UI libraries are accessible from F#).

I've posted about design by contract in the past (part 1, part 2), and sort of intended to talk about unit testing and DbC at some point, but never got around to it. So I was interested to hear what Greg had to say. The first part of his talk was an overview of DbC, showing some spec# code to demonstrate the concepts and letting the code verifier find the problems. I noticed that Microsoft had announced a contracts library at PDC, so the exploratory work of spec# will be incorporated into the framework instead of as language extensions.

The main point of Greg's presentation is that tests and contracts are complimentary. Tests should focus on the behavior (another reference to BDD) while contracts focus on constraints. Having contracts means fewer tests to write because you don't have to write all the dumb tests that check that an argument exception is thrown when parameter x is null. In fact, not only do you not need to write those tests, if you try anyway the code verifier will complain. So you almost can't write those tests, and therefore contracts push you toward testing the meaningful behavior of the code. 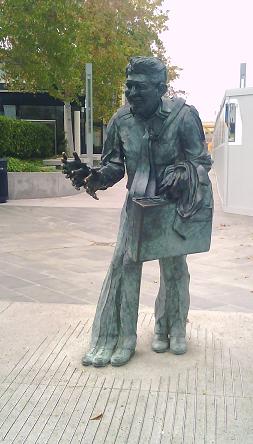 I'm again impressed with the caliber of speakers here. Eric Meijer is the guy who designed LINQ, among other things. Currently he is working on Volta, which put bluntly, is GWT for .NET. Volta allows translation of MSIL to Javascript so that you can build client apps writing .NET code. If you happen to have Silverlight on the client, you can also target that as the runtime environment instead of going to Javascript.

There is also a development work flow in which you write a single tiered .NET application, then split it into client and server tiers by simply annotating the code -- saying which bits should execute on the server and which on the client. Greg Young, from the previous presentation, immediately started pushing back citing the 8 fallacies of distributed computing. Erik simply skipped ahead a little to a slide showing the 8 fallacies, and assured the audience that programmers would still be in control enough to avoid the pain.

Erik's description of the translation of IL to Javascript was interesting. They are not making any attempt to produce Javascript that follows typical Javascript style. Instead they use it like an assembly language, and focus on preserving the precise semantics of the .NET code. This gets a little tricky in some cases, such as jumps. Javascript has no goto, but IL, being very low-level, uses them extensively. Erik showed how they used switch statements to get the same behavior. It's not pretty Javascript, but that's not really the point.

The presentation went down a little bit of a rat-hole when Erik talked about some security issues. There was quite a bit of debate from some folks the audience about whether they were doing it right. While it's neat to see that kind of interaction, I'm not sure it is a good use of time for people seeing this for the first time to try to give informed design criticism.

Volta is still a work-in-progress. It will be interesting to see if it can mature into something that will give as great a development experience as Alex Moffat described yesterday with GWT.