It's been available for a while now, but every time I use the new Android calendar app's time controls, I'm so impressed by their elegance.

Previously, setting the time for a calendar event involved some simple numeric up/down spinners. Setting the hour worked reasonably well, but if your event happened to be on the half hour, you'd have to spin and spin and spin the minutes to get to 30. My first thought was that maybe they should constrain appointments to start on 5 minute intervals rather than being able to pick any arbitrary minute. Who has appointments at 3:27 PM after all? The fewer available intervals (3:25 or 3:30, for example) would mean less spinning.

Instead, the Android UI designers introduced a clock control that looks like this:

After picking the hour, you're moved automatically to pick the minute: 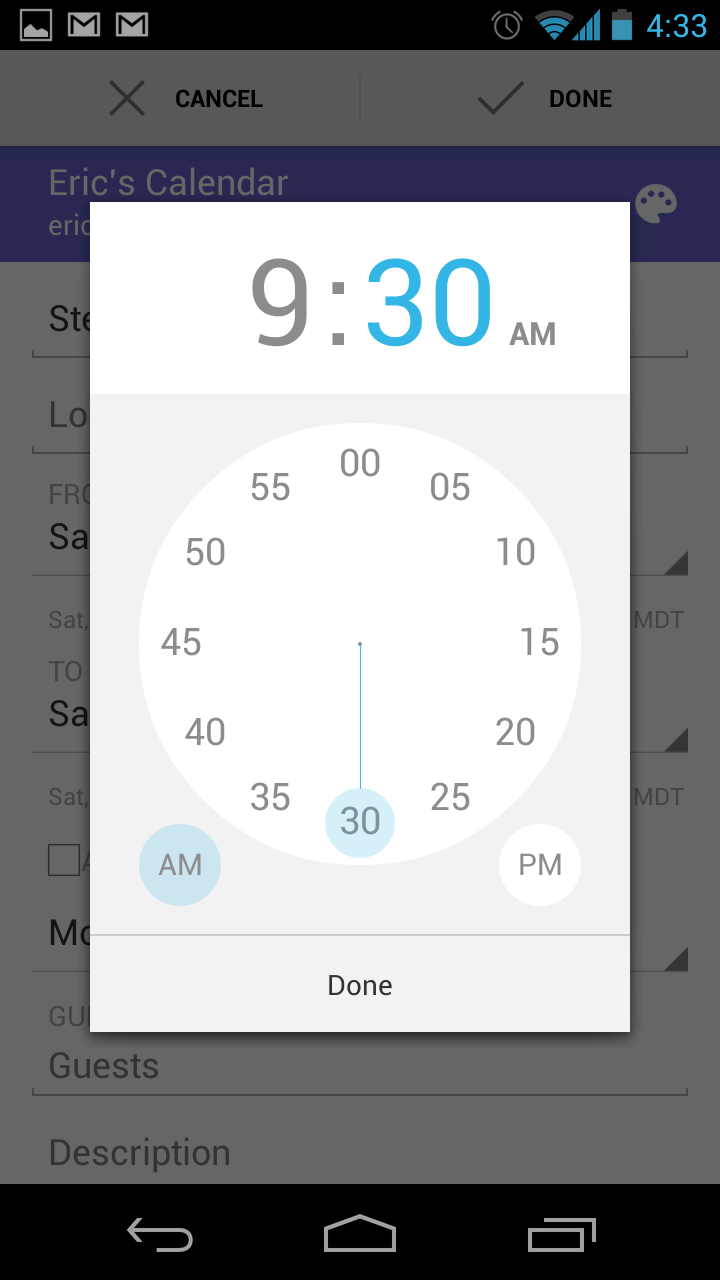 This interaction has three huge benefits: